Once again, Call of Duty spins its wheel of war, and for the sixth time in the series’ history, the needle has landed on ‘World War the Second’. Call of Duty has always been most comfortable booting Hitler right in the Panzerschrecks, nestled cosily in the history of the victors, safe in the knowledge that the baddies really were bad. But it’s also the most difficult setting from which to build something new. There are only so many World War II battles, after all, and Call of Duty has covered them exhaustively over the years.

It’s a problem that Vanguard fails to resolve, which is a shame because there are hints of more interesting ideas amid the game’s familiar sights and sounds. But in the end Vanguard submits to expectation. There are certain things a Call of Duty game must be, and Sledgehammer ticks those boxes in dependable but unadventurous fashion.

The campaign is most indicative of the gulf between Vanguard’s ideas and execution. The story revolves around a group of special forces agents plucked from different theatres of the war, who are dispatched on a secret mission to Berlin in the final days of the Reich. The action commences with a raid on a German train while fires from the Russian advance rage in the distance. This rolls seamlessly into an assault on a submarine dock, where the group learns about a secret Nazi operation known as ‘Project Phoenix.’

It’s an interesting setup for a WWII shooter. The prospect of following this group of renegades through infernal Berlin is tantalising, and I was keen to see what tale Sledgehammer would spin in this relatively unexplored area of the war. But this isn’t what happens. Immediately after the raid, your group of agents are captured by the Nazis, and spend most of the remaining campaign imprisoned beneath some gloomy Nazi administration building. While our heroes sit around sucking their teeth, the campaign hops between flashbacks that individually focus on each member of the team’s experiences during the war.

In other words, what initially seems like a different take on the Second World War turns out to be just another playable highlight reel of the conflict. Admittedly, Sledgehammer tries to put twists on the more familiar encounters. The obligatory D-Day mission involves parachuting into treacherous Normandy woodland before assaulting a clifftop bunker from behind to facilitate the D-Day landings, while the Pacific themed ‘Numa Numa Trail’ sees you join forces with an all-black American unit, dodging Japanese deathtraps and snipers in preparation for a spectacular assault on an airfield. The highlight of the campaign is ‘Stalingrad Summer,’ which gives you a taste of life in WWII’s lynchpin city prior to the Nazi assault, before all hell breaks loose in the campaign’s standout action sequence.

Not all the missions are so well thought out. The later missions set in north Africa are spectacular, and lent a sense of fun by your team of cocky Australian saboteurs. But ultimately it’s a derivative drive through the desert. The biggest letdown is the Battle of Midway, where breath-taking scenes of aerial combat are undermined by Call of Duty’s refusal to cede control of the flightstick, constantly pushing you toward the next objective rather than giving you a chance to enjoy the fighting.

The campaign’s broader issue, though, is it offers little opportunity to experience your spec-ops team as a team. It’s a shame because, for once, the characters are a likeable bunch. The writing may be heavily splashed with patriotic pathos, and the fact the game uses quotes from its own characters for the death-screens is painfully pretentious. But the general rapport of the squad is engaging, while characters like Lucas the Australian saboteur, and Polina the Russian sniper, are given enough depth to make you vaguely care about them.

Sadly, there are only two missions in which the squad actually work together. The rest of the time, they’re incarcerated in a prison cell, while Dominic Monaghan’s creepy Nazi administrator tries his best to conceal Vanguard’s almost complete lack of plot. The cutscenes are long and meandering, and it all leads up to an underwhelming final mission. In the end, Vanguard’s campaign mostly feels like a setup for Call of Duty: Vanguard 2, with its most interesting concepts apportioned off for a potential sequel.

As the campaign struggles to make the best of its ideas, multiplayer is more progressive, bringing a couple of broad changes and more bespoke new features that make a small but noticeable difference from previous years. Foremost among the new additions are more destructive maps. While we’re not talking Battlefield levels of destruction, certain walls and windows can be shattered to alter the flow of maps, and environments are subject to a more cosmetic ‘dirtying’ over time. It gives the maps a satisfying sense of progression, and it’s fun to see the mess left behind by a half-dozen bombing-run killstreaks.

Less notable but arguably more significant is the introduction of Combat Pacing, which essentially lets you select the rough player-count for each mode. There are three pacing levels, Tactical, Assault, and Blitz. Tactical keeps the player count low, resulting in an almost Counter-Strike feel (this is particularly the case on the “Tuscan” map, which has major CS_Italy vibes). Blitz, meanwhile, can have anywhere between 16 and 48 players, which means intense action and killstreaks by the bucketload. Personally, I liked letting the game cycle through the different tiers. It made for a good showcase of how varied Vanguard’s multiplayer can be.

Modes-wise, Vanguard hinges heavily around classic scenarios like Team Deathmatch and Domination, while there’s a new version of Modern Warfare’s ‘Gunfight’ mode called Champion Kill. This sees players square off in teams of two or three in small-scale rounds. You all start off with the same loadout, but cash you earn by winning lets you upgrade your weapons and equipment, meaning fights gradually diversify as they progress.

For me, though, the highlight of Vanguard’s multiplayer is Patrol. This is a capture and hold-scenario similar to Domination, but there is only one control point that moves randomly around the map. This makes it far more dynamic than traditional Domination, as the team in control must constantly adjust its defence to counter new sightlines or angles of attack. Meanwhile, map exploits in the map design are rendered null and void by the shifting objective. It’s a fun, frenetic mode that balances teamwork with your ability to react, although it’s best played on Tactical or Assault Pacing. Blitz turns Patrol into a chaotic pile-on

All considered, I like Vanguard’s multiplayer, but there’s nothing here that makes it a must-buy. Like the campaign, it seems to struggle with the World War II setting. There’s nothing as interesting as Call of Duty: WWII’s War Mode, for example, while the whole gunsmithing element of the game feels entirely out-of-place with World-War II era-weaponry. Indeed, one thing I would like from Vanguard is a “no attachments” mode, where you play exclusively with the default weapons – scopes and stocks be damned.

I suppose I’m now obliged to talk about Zombies. Cards on the table, I’ve never really cared for CoD’s Zombies mode, and Vanguard’s version does little to convince me that I’m missing out. ‘Der Anfang’ centres around a hub in central Stalingrad, from which you can access portals that transport you to different places like Paris or the Pacific, where you must complete one of three objective types. One sees you collecting runes to disable a series of magic obelisks, another involves protecting a floating orb as it travels around the map, and the third is a straightforward “Kill zombies until the timer runs out” affair.

I like Vanguard’s multiplayer, but there’s nothing here that makes it a must-buy

Completing these missions earns you Cursed Hearts. These are spent at an altar on various powers that can combine with your weapons and abilities in, well, I was going to say “interesting ways” but frankly that’s pushing it. For example, I combined the combat shotgun, which has a bigger spread than Covid-19, with an ability that reloads your gun for you on a critical hit. The result of this was I hardly had to reload again, letting me mow zombies down indiscriminately. More powerful versions of these abilities become available to buy as the zombie horde grows, meaning the combat scales in intensity as you progress.

Completing missions also opens up new areas of Stalingrad to explore and new portals to traverse. But with only three mission types and three zombie types, all of which you’ll have seen within the first hour of play, the hamster-wheel emerges from the systems pretty quickly. The tongue in cheek representation of the Demons of the Dark Aether also did nothing for me. It diminishes what little impetus the Zombies story has, without being funny enough to make such an approach worthwhile.

There is one last issue relating to this year’s Call of Duty that must be addressed – the shadow beneath which it has launched. Sledgehammer’s game releases off the back of truly horrific allegations of discrimination and sexual harassment at Activision Blizzard, facilitated by a broader ‘frat-boy’ culture that has led to the state of California suing the company. Sledgehammer, for its part, addressed the allegations against its parent company in the runup to release, and there are ongoing efforts by the ABK Workers’ Alliance to improve the culture of the company.

It’s difficult to address this topic in a sufficiently nuanced fashion within the scope of a review. PC Gamer has covered the story extensively as it has unfolded and will continue to do so. Nonetheless, during the process of playing the allegations were never far from my mind, and although I wouldn’t want to punish the work of Sledgehammer for actions taken by people elsewhere in Activision Blizzard, I also find it hard not to be frustrated at the prospect of who might profit from the positive things I’ve said about Vanguard, and how that feeds, however slightly or indirectly, into facilitating a culture of harassment and abuse.

I hope there is no need to make such clarifications in the future, because there are glimpses of ingenuity within Vanguard, and perhaps Sledgehammer can take those ideas and run further with them on its next outing with the series. This time around though, my feelings are largely indifferent. The singleplayer has a couple of great missions, and the multiplayer has a couple of decent modes. But on the whole, Call of Duty: Vanguard is a war we’ve seen before. 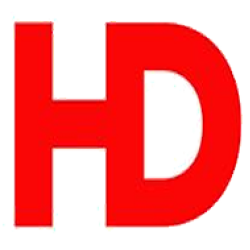